Za'atari: Inside these walls

In late July 2012, the first Syrian families arrived at the Za’atari refugee camp, a barren strip of land twelve kilometers from the Syrian line and seventy km from the Jordan capital Amman.

At the time, Andrew Harper, UNHCR's Representative in Jordan, said. "We are the first to admit that it is a hot desolate location. Nobody wants to put a family who has already suffered so much in a tent, in the desert, but we have no choice.” By the end of that summer, the camp housed over 10,000 refugees. In March 2013, it was bursting at the seams, with 153,000 people in a space maxed out for 113,0000.

The windswept camp had become Jordan's   4th large city, and the UN’s second largest camp after Dadaab in Kenya home to 328,000 displaced Somalis.  In July 2013, US Secretary of State John Kerry arrived by helicopter on a camp visit. AFP pool photographer Mandel Ngan covered the visit and his photographs of Za’atari from the sky were widely reproduced in editorial and social media.

In the image, people appear as dots, little specks in brown sand, organized in an undulating grid of tents and container homes with no end in sight.  The image spoke to the enormity of the Syrian refugee crisis.   It was powerful, and impersonal.

As the Za’atari camp grew, the security architecture evolved.  Once inside Za’atari , the first view is of a 2.44 meter high barbed wire topped concrete security wall stretching 120 meters along the camp’s main internal road.   The wall leads to the fenced in base camp and the offices of UNHCR officials and coordinating NGOs.     A second series of walls encloses base camp creating a visual boundary between camp residents, and those administrating services.

In late December 2013 and early January 2014, three colleagues, all with deep experience photographing refugees and displacement, and myself visited the camp to make images of daily life.  Our aim was to print these images an epic size, and, paste them on the camp’s security wall, transforming the concrete barrier into a massive narrative canvas.  The photographic display would be visible to both the subjects of the photographs and to the visitors, stakeholders and diplomats who decide their fate.

Rather than specks in brown sand, Za’atari refugees would appear larger than life.

The project borrowed visual language of photojournalism but required consent and collaboration from camp residents.   In addition, the images had to strike a particular truth: they had to negotiate the space between the grim reality of the camp and the project's intent to use art as an affirming medium in spaces of disenfranchisement and trauma.    UNHCR and JEN, a Japanese emergency NGO working inside the camp, supported the project, but had no editorial or curatorial control.

Escaping violence, refugees flee with what they can carry.  Rarely does this include their family photographs.

In addition to the creation of security wall mural, photographers transformed a meeting tent into a photo studio.  Refugees were invited to have their portraits made alone or with someone or something they loved.   One man brought his shisha, a young boy his blanket.  Four girls held their schoolbooks.  Mothers carried babies. A father stood behind his son.  The photo studio provided a neutral space where residents could momentarily escape their refugee status. Participants were treated as clients, not subjects.   They chose how to pose and the expressions to offer. The photographers were at their service.  We printed hundreds of these portraits as 4xt6 inch prints and distributed them to clients on the spot.   A few images were also selected for the security wall.

In March 2014, the wall mural was installed.     One man, who had agreed to have his image made, became self-conscious when he saw it on the wall and so we covered it. Jordanian authorizes, who control the space, objected to several images.  Some were removed, others retained by writing captions at the edge of the photograph.  Approximately 100 pictures were installed and two years later, they  can still be seen on the security wall.  They have discolored, and frayed, worn out by time and sun, but the faces and contours remain.

The camp size is now a more manageable 80,000 residents.  A nearby overflow camp opened in Azraq which numbers 32,000 people.  The majority of the close to 700,000 registered Syrian refugees in Jordan live in informal settlements and in urban areas.

Humanity House, Artist Lecture: “Inside These Walls: Za’atari”, The Hague, The
Netherlands, January 13, 2016 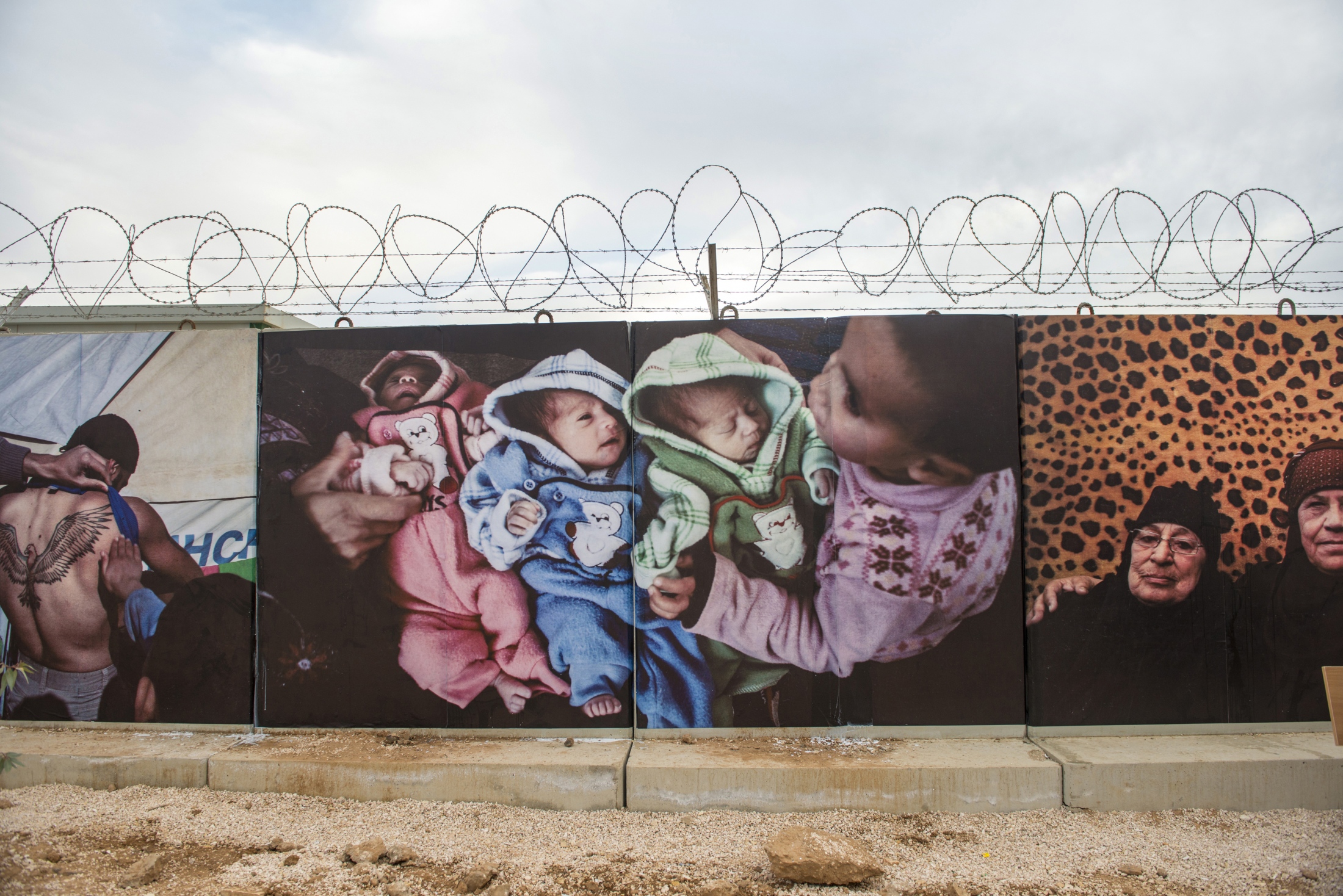 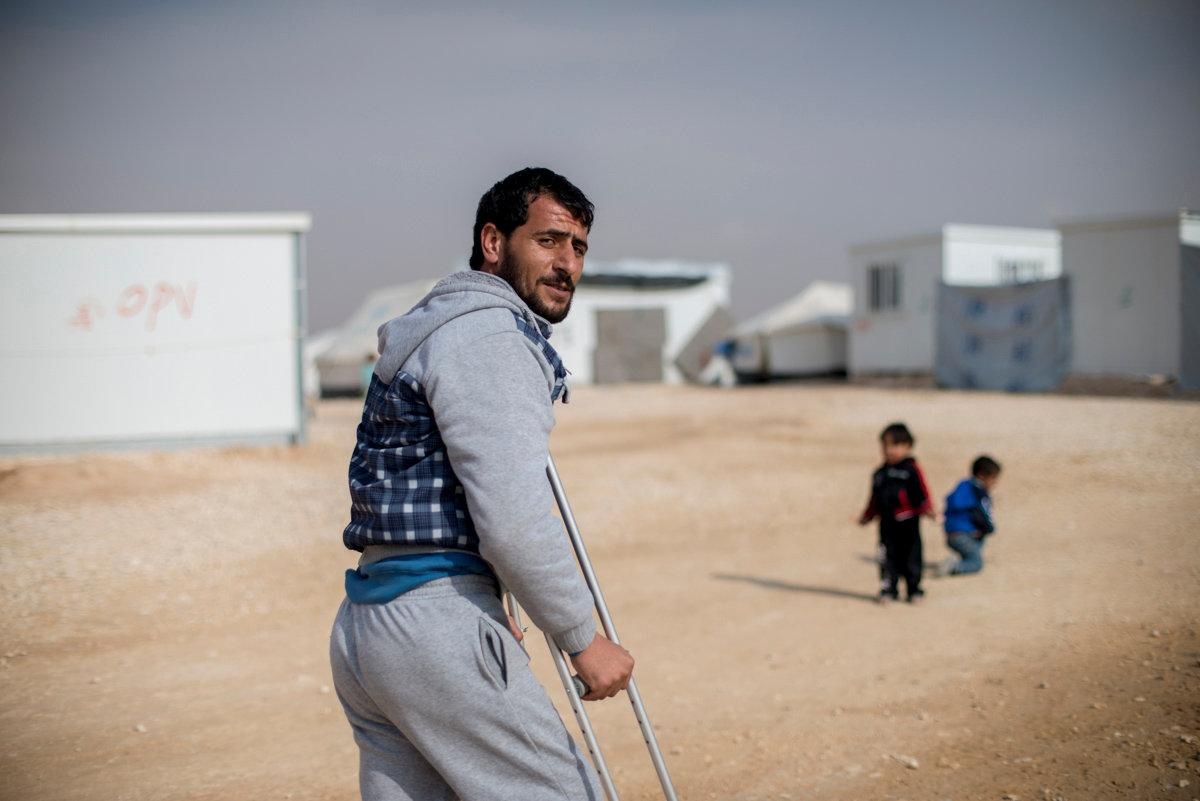 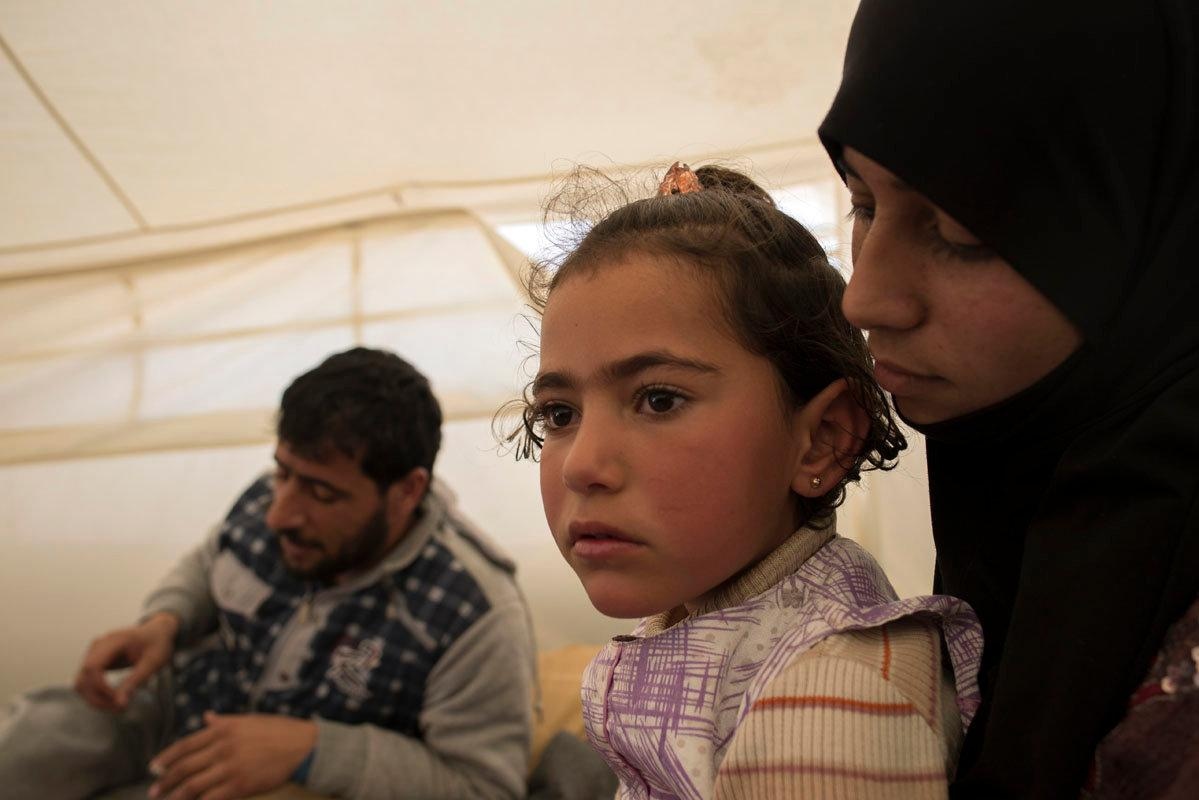 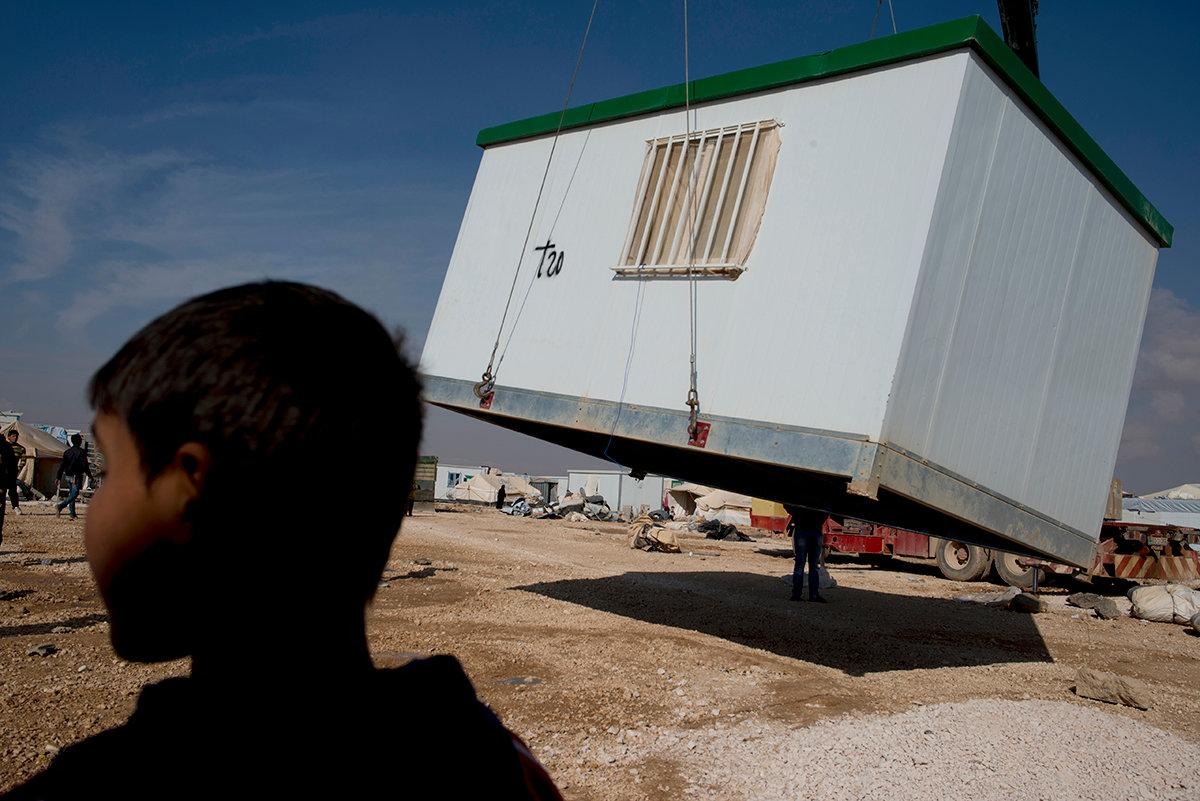 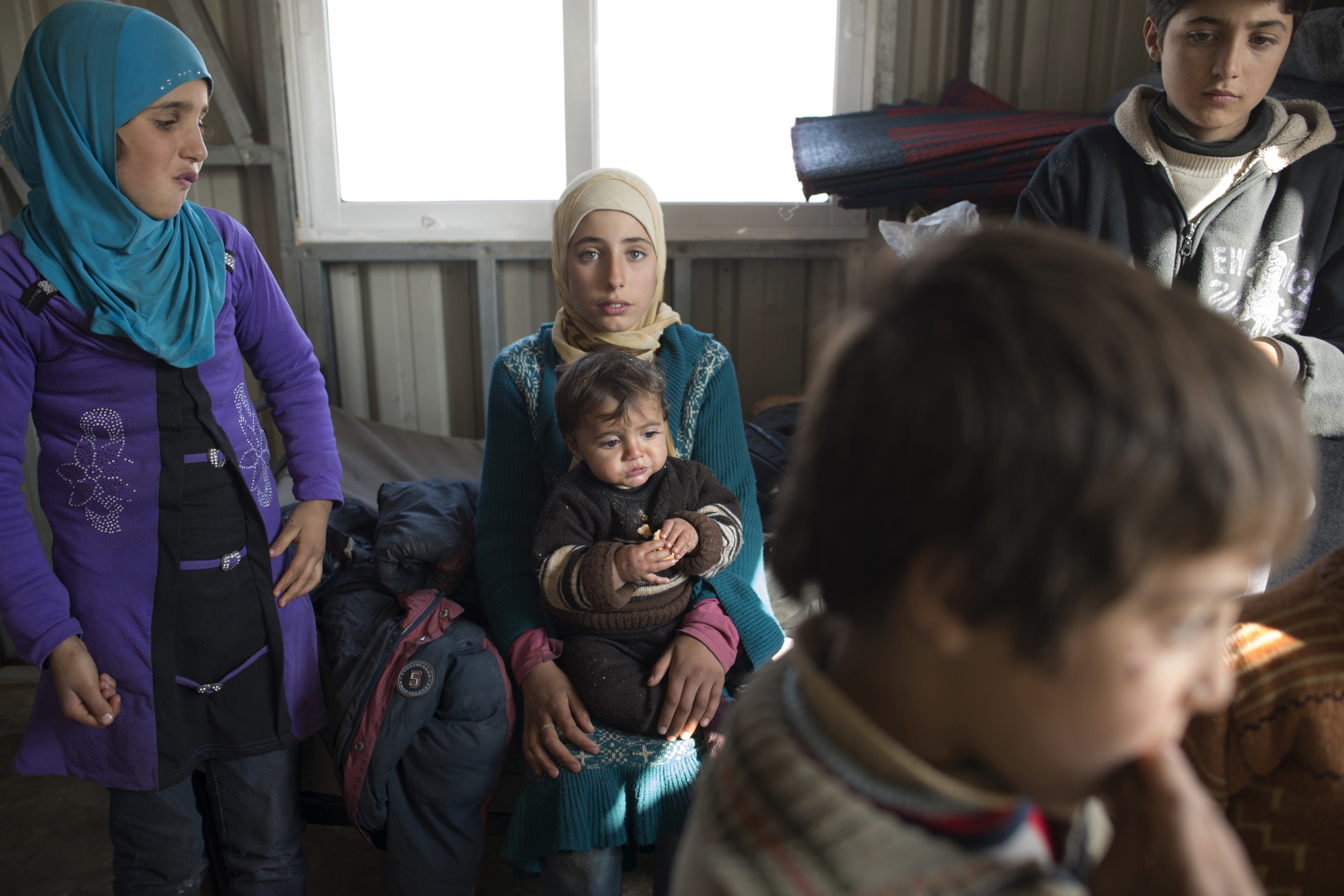 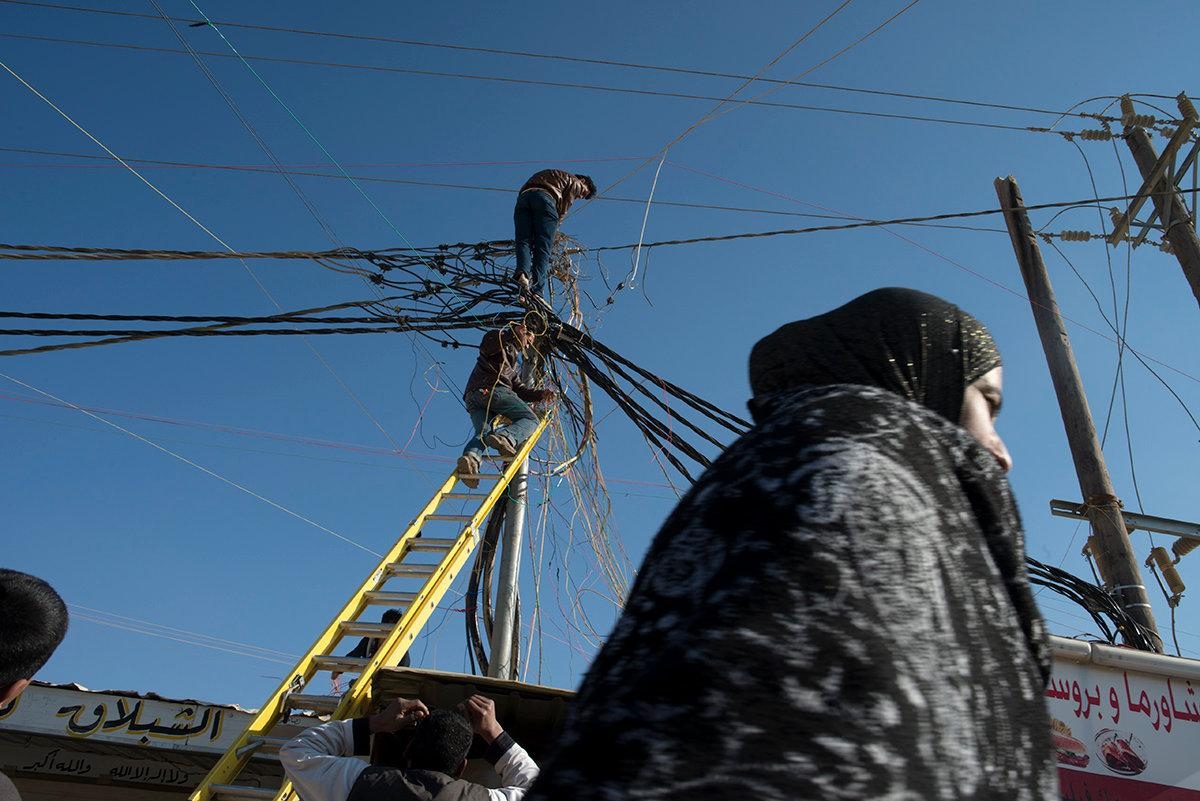 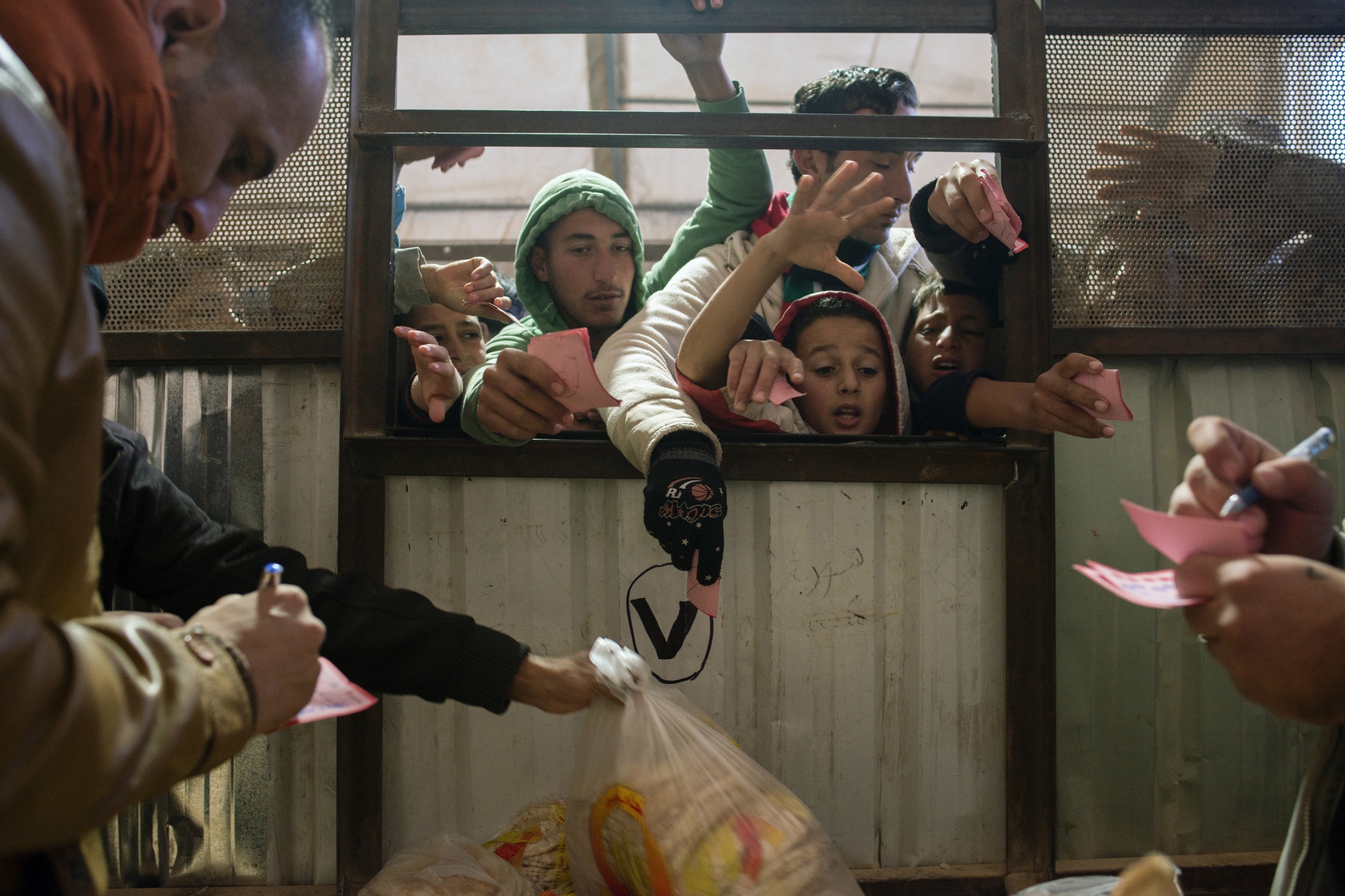 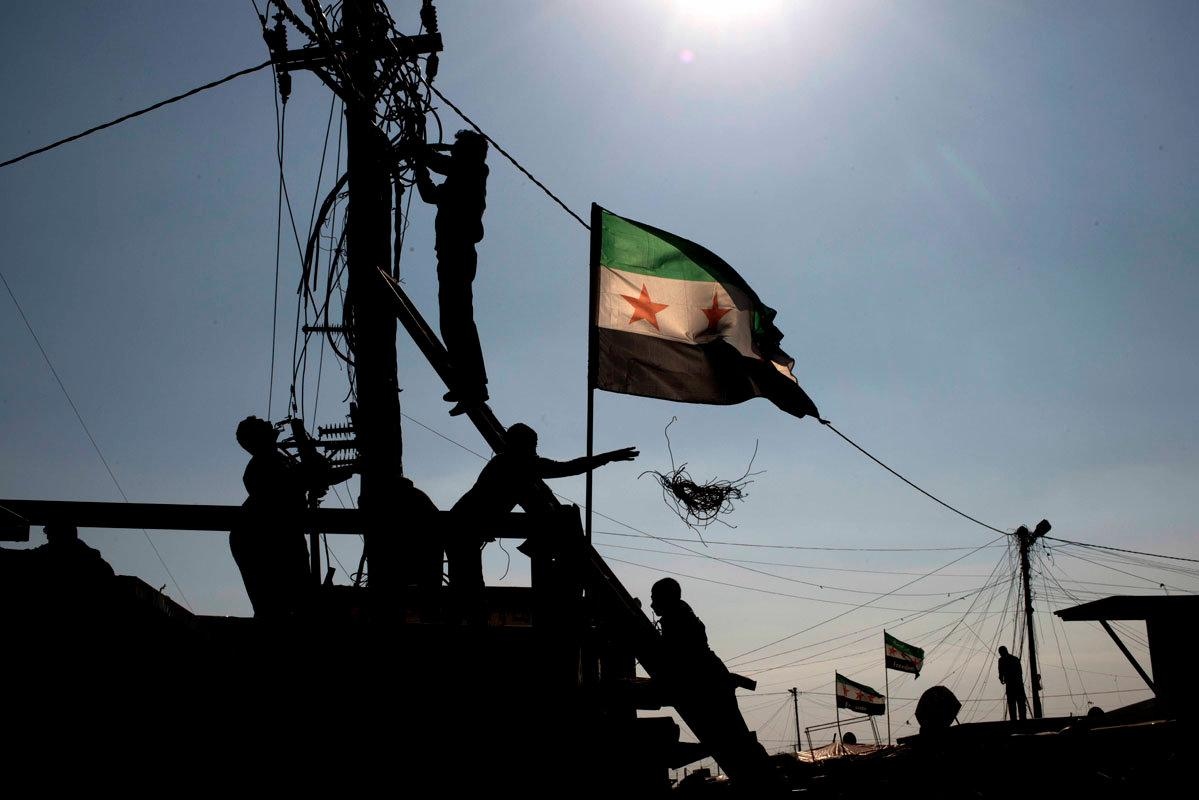 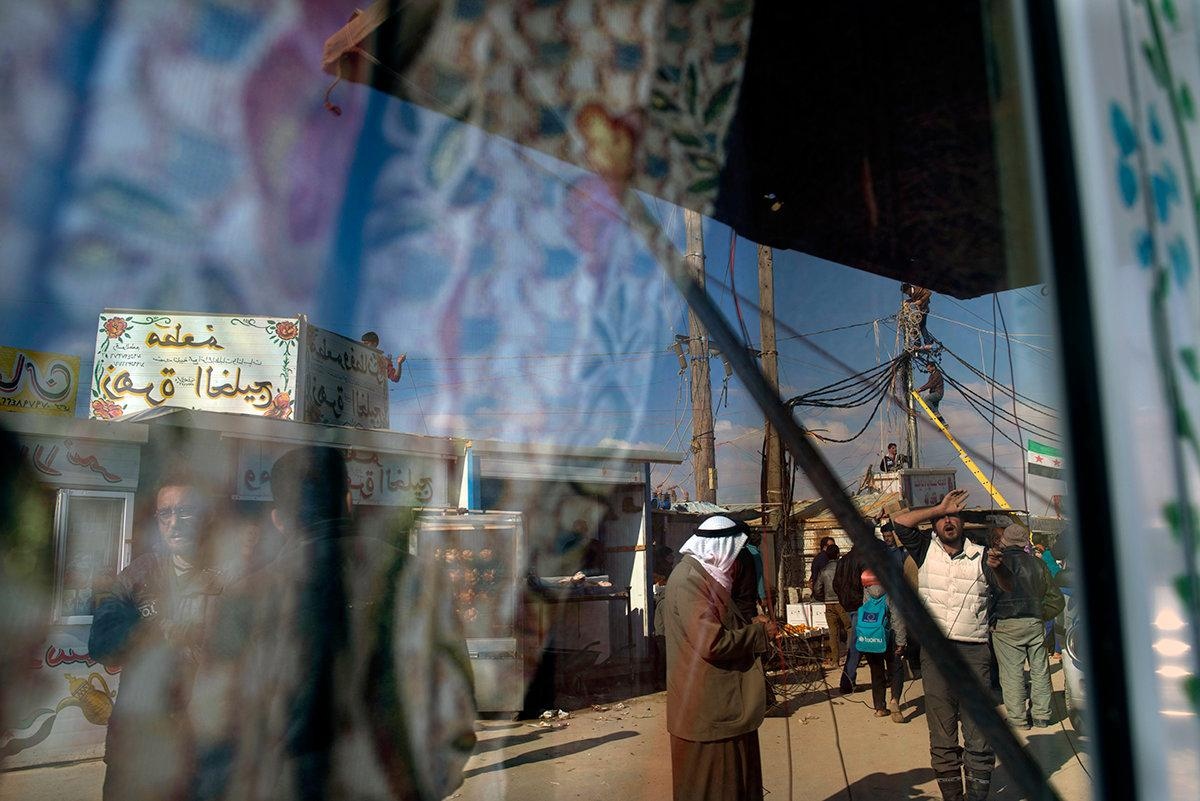 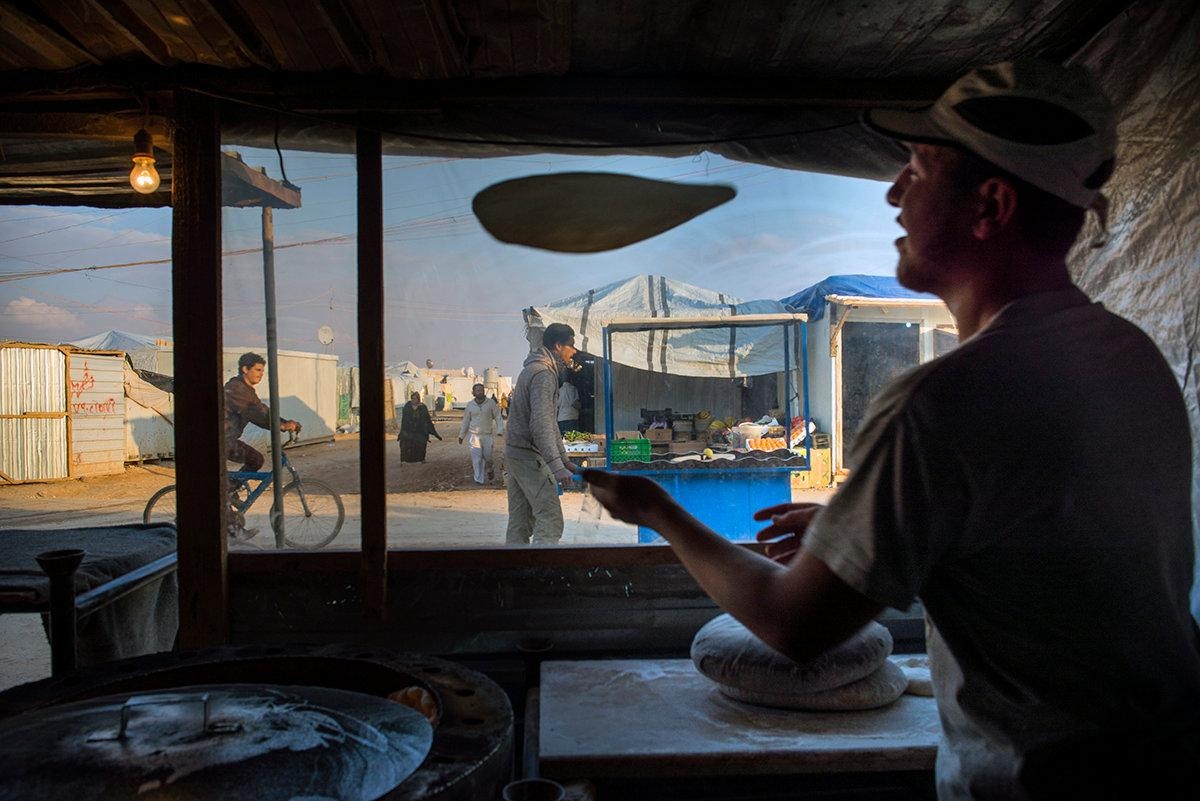 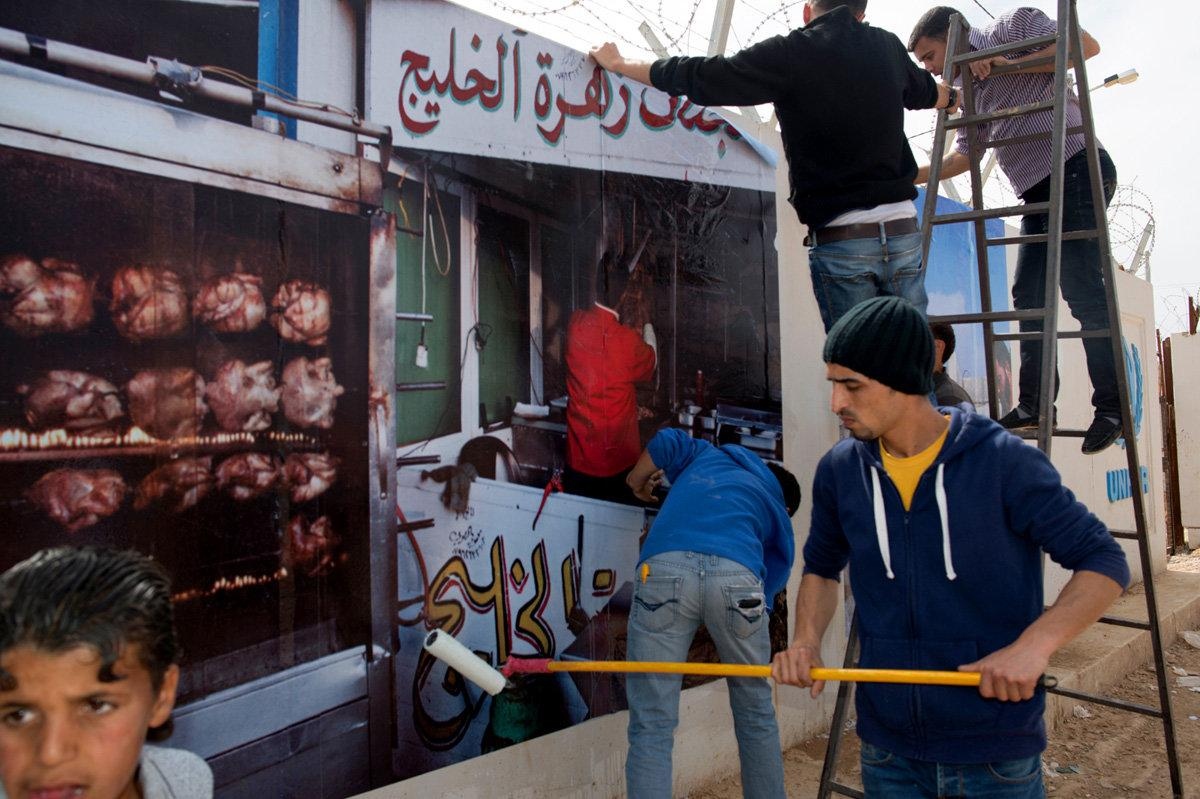 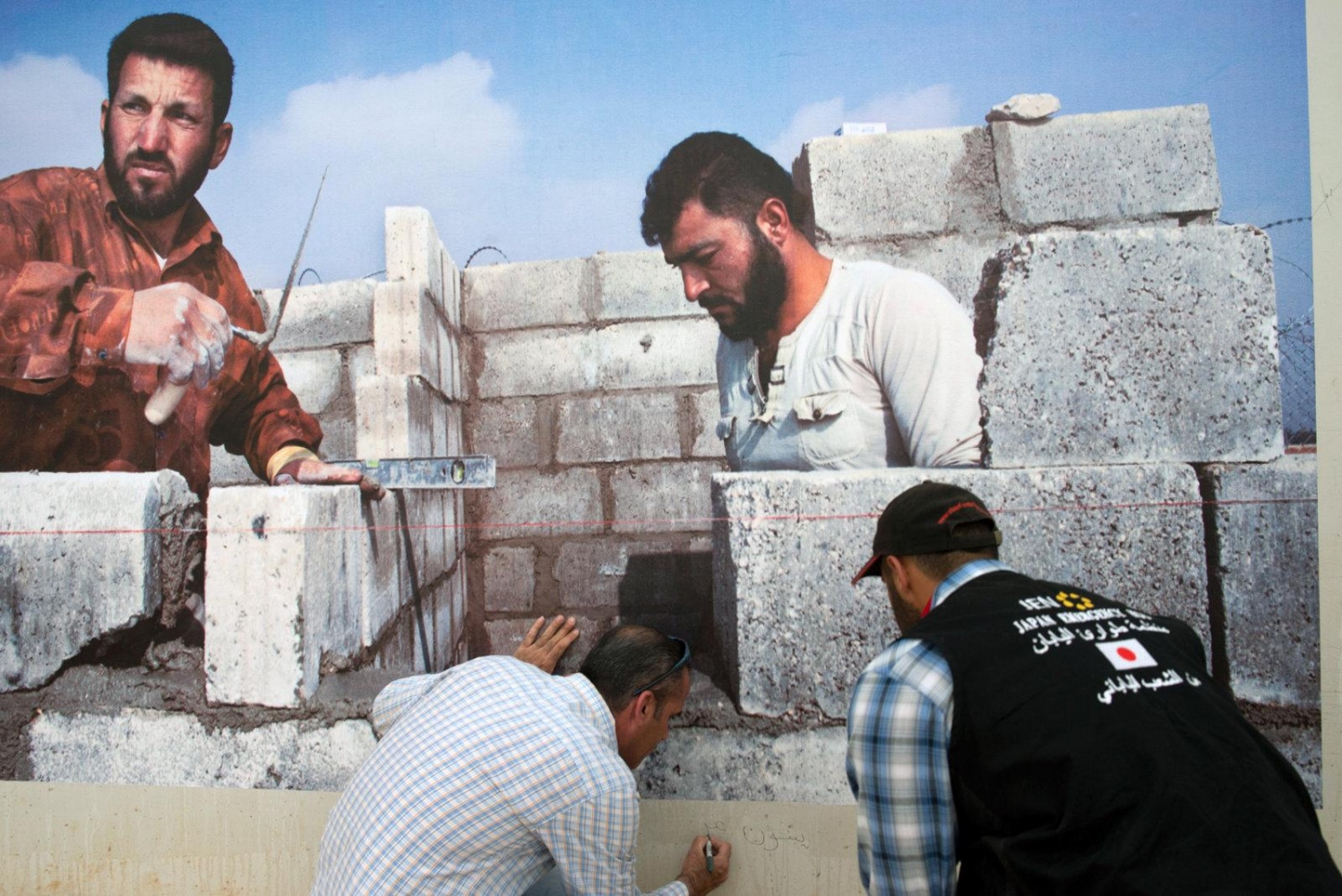 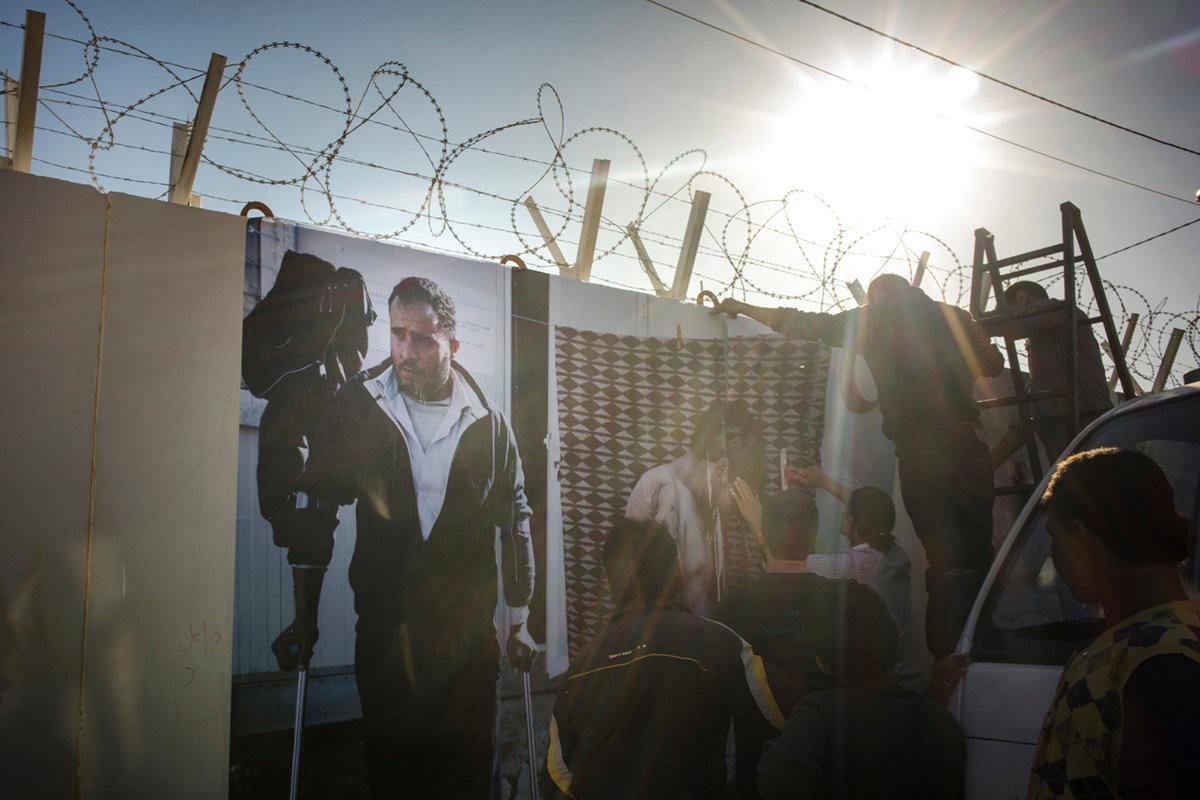 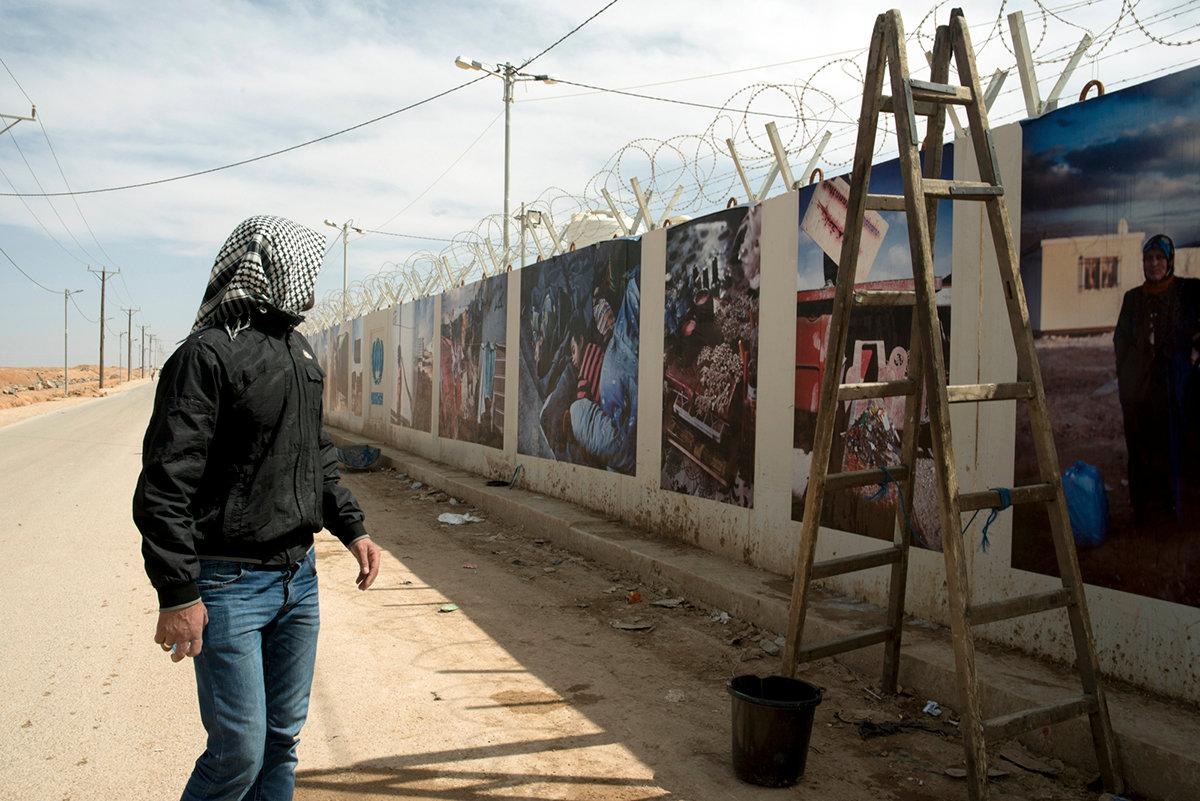 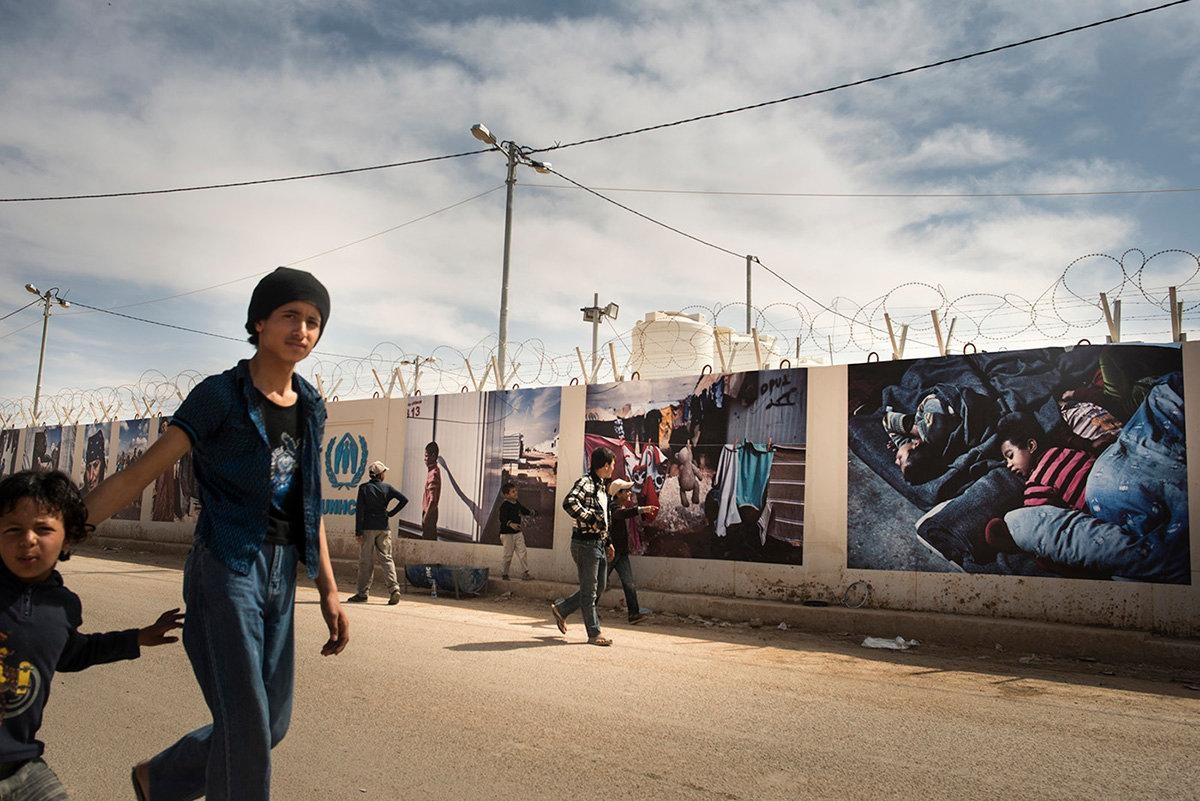 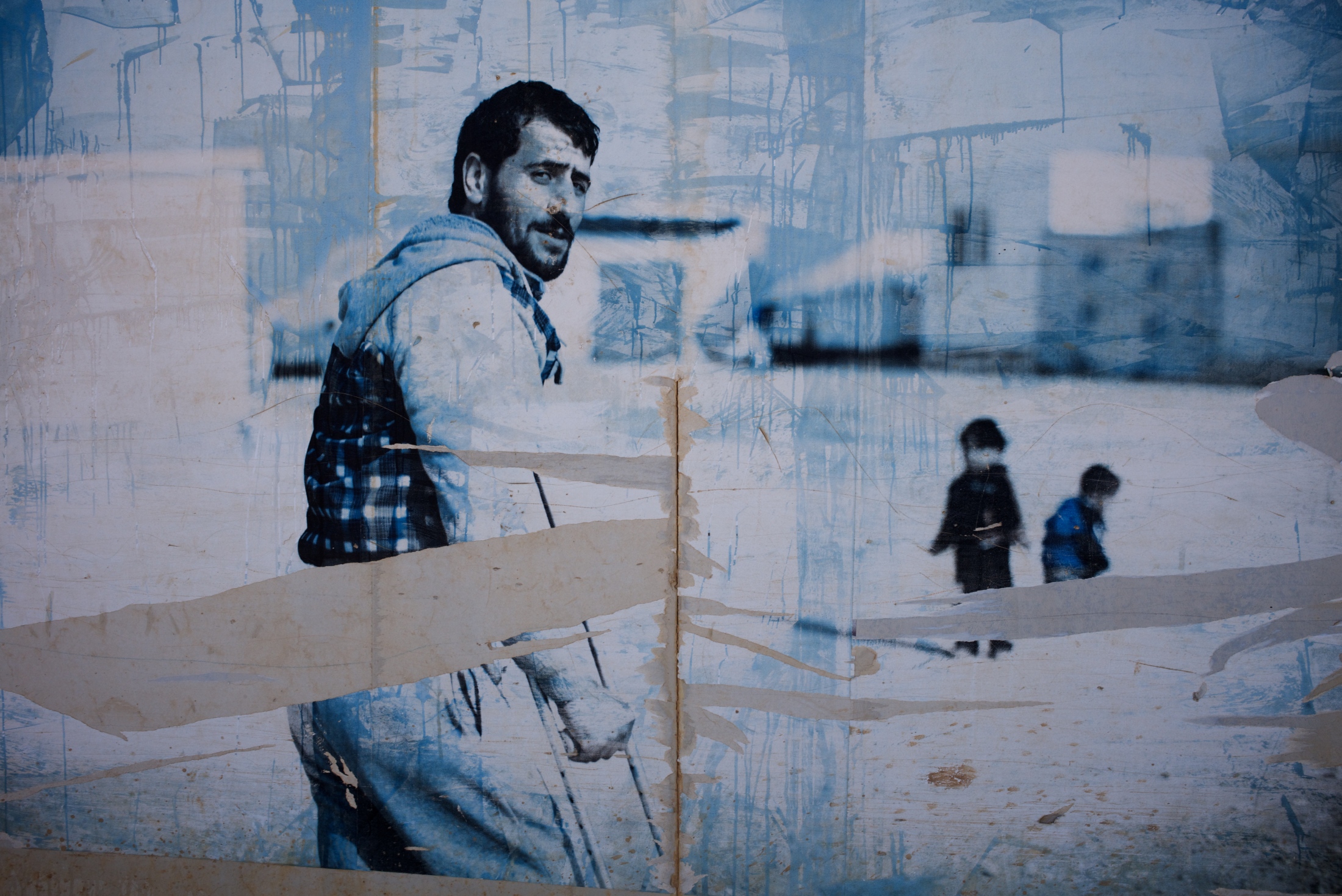