In 2009, newly elected President Barack Obama traveled by train from
Philadelphia to his historic inaguration in Washington D.C.  Traveling
on board, I thought of photographer Paul Fusco's famous RFK funeral
train images.   The RFK train moved slowly as thousands stood, some
crying,  to pay their respect to the murdered senator. The Obama train
sped by in a blur so that those outside, standing, waving and waiting,
saw not the new president, but only a speeding train.   Photographing
through sealed windows,  I considered the connections between
the generation that lost the anti-war candidate Robert Kennedy in
1968 and the generation that elected Barack Obama, the first
African-American president. 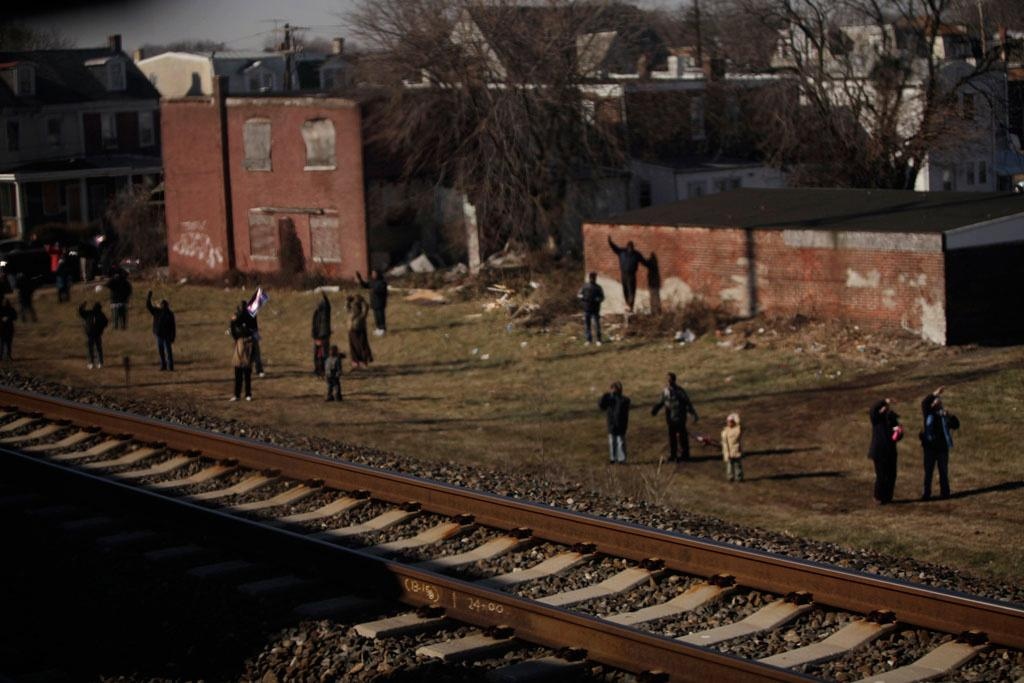 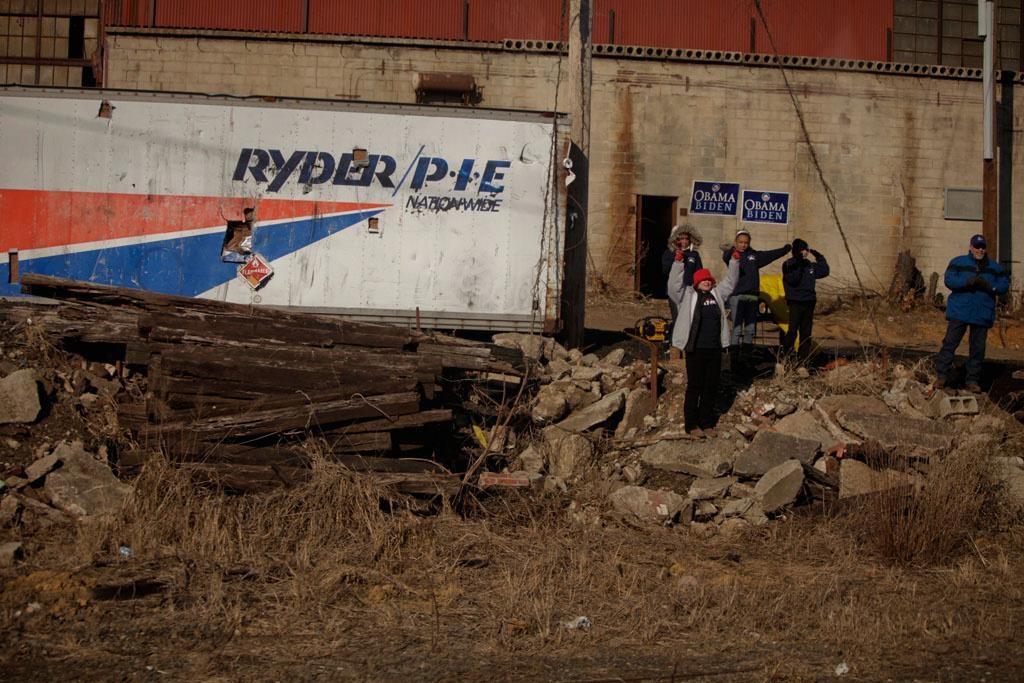 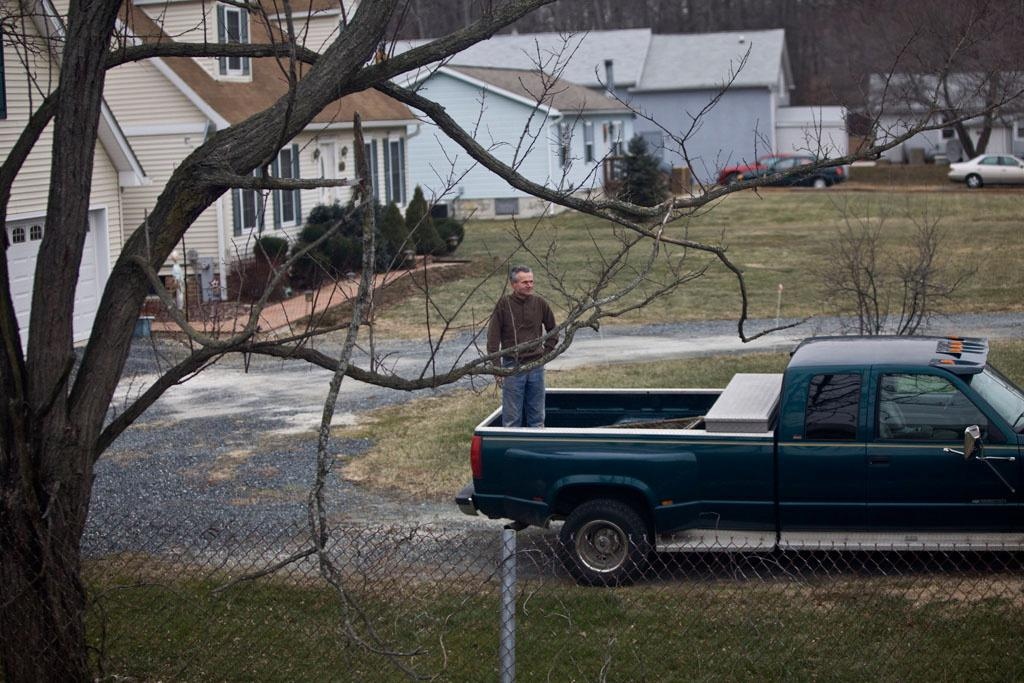 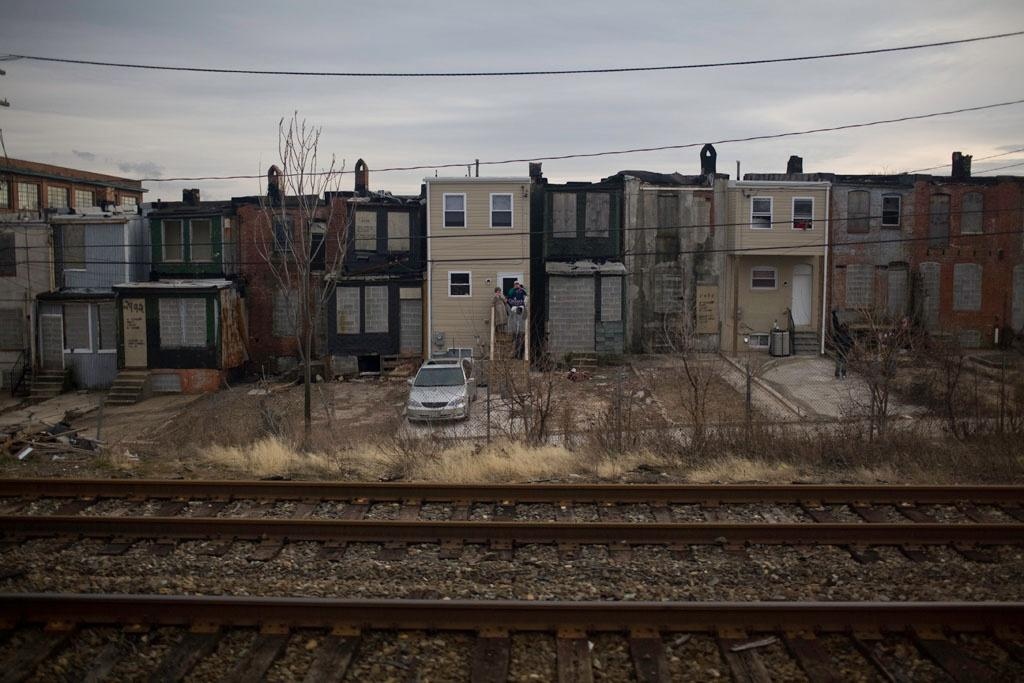 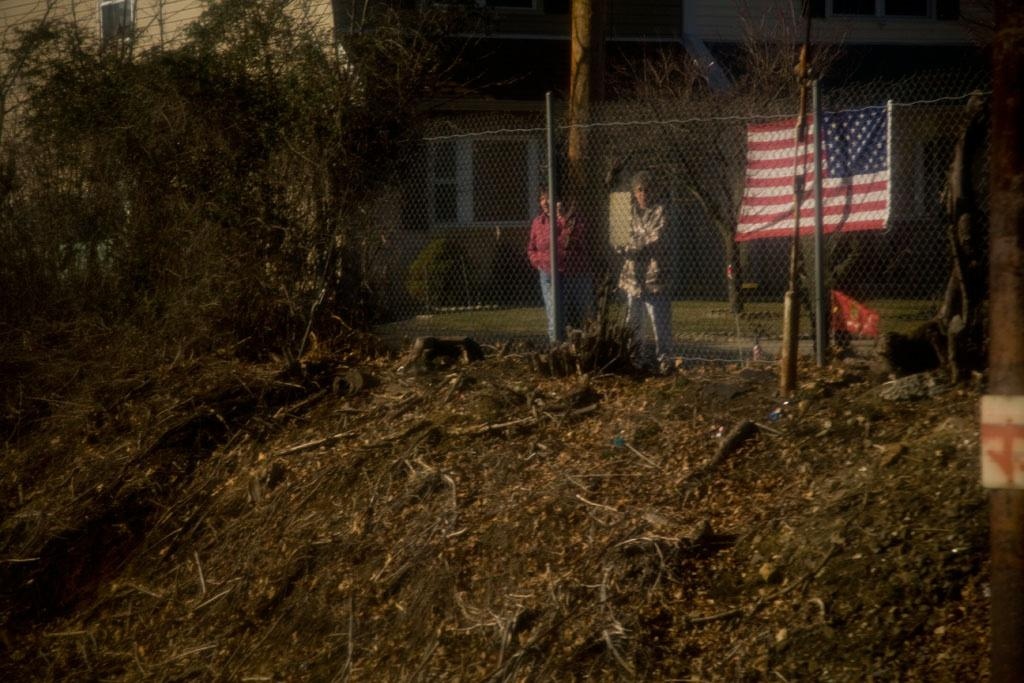 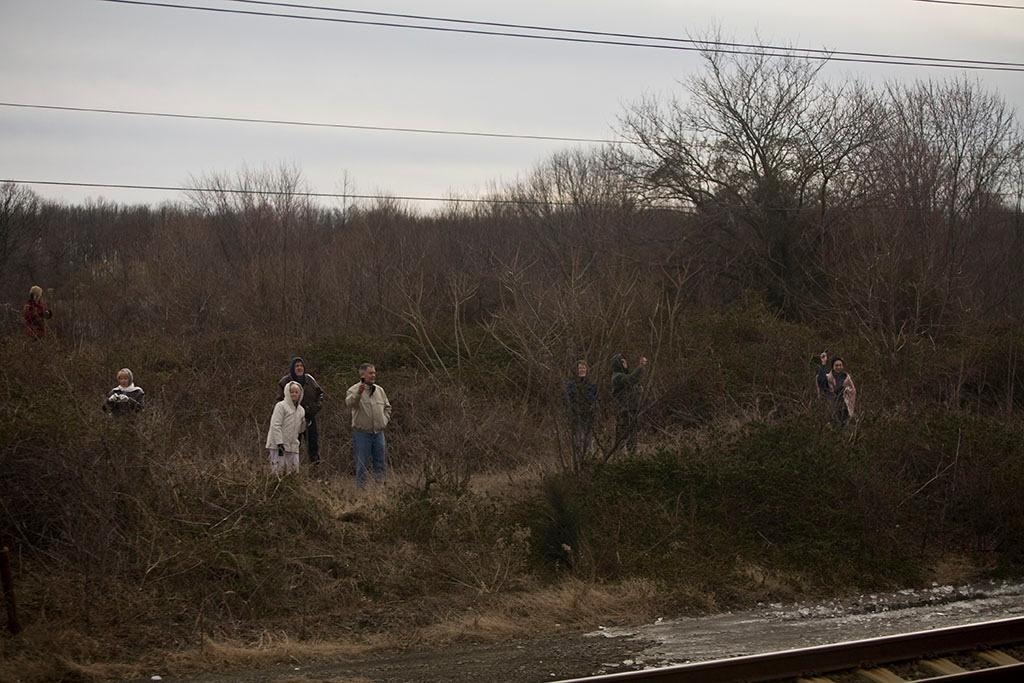 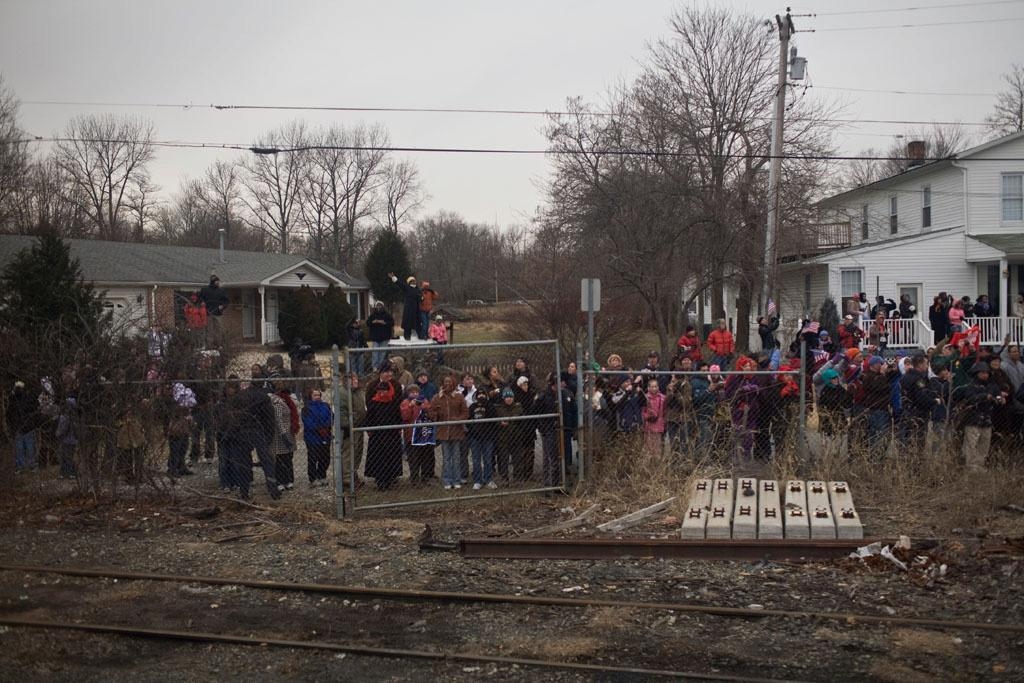 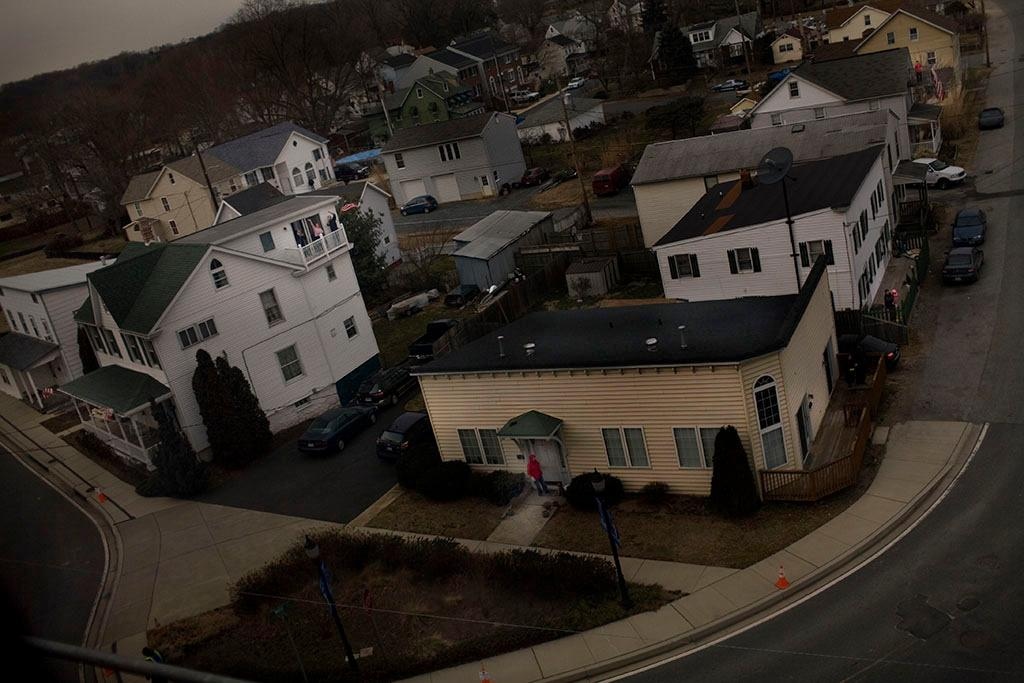 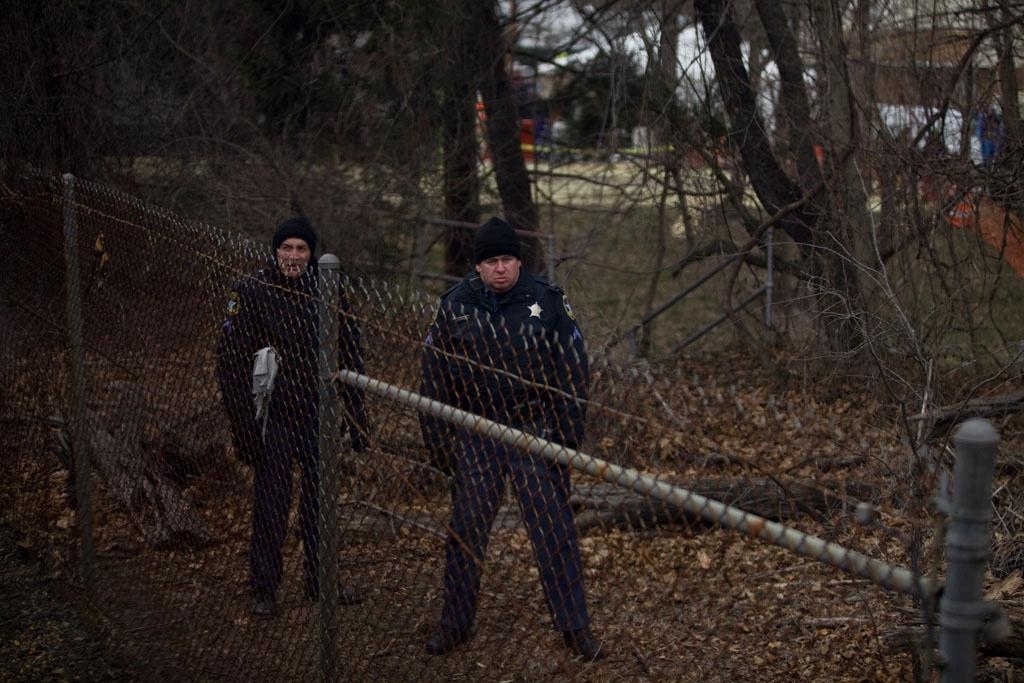 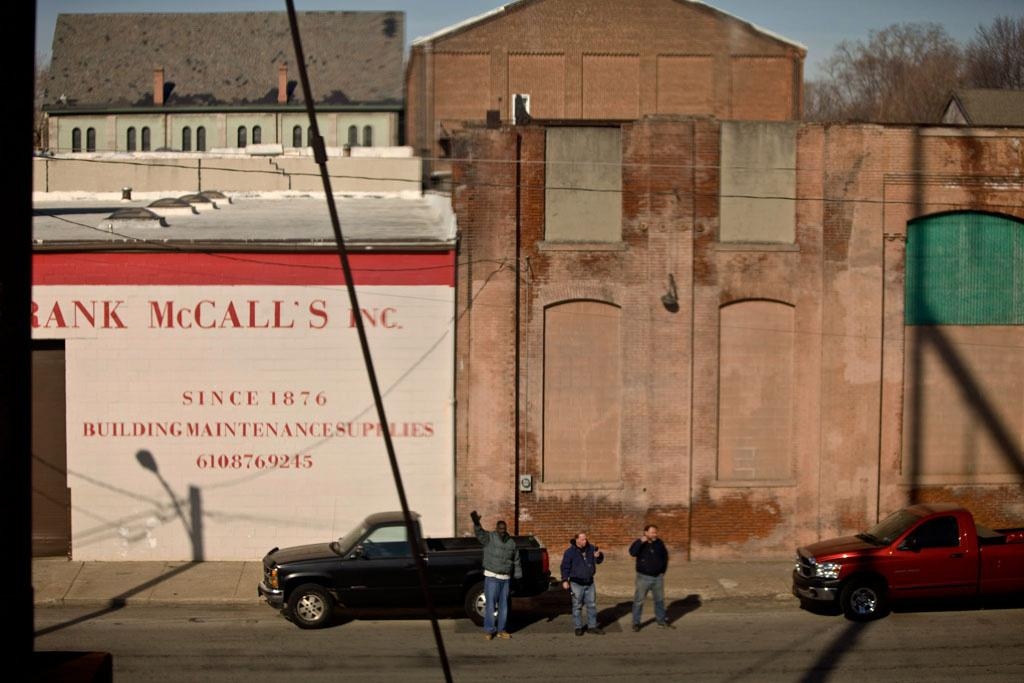 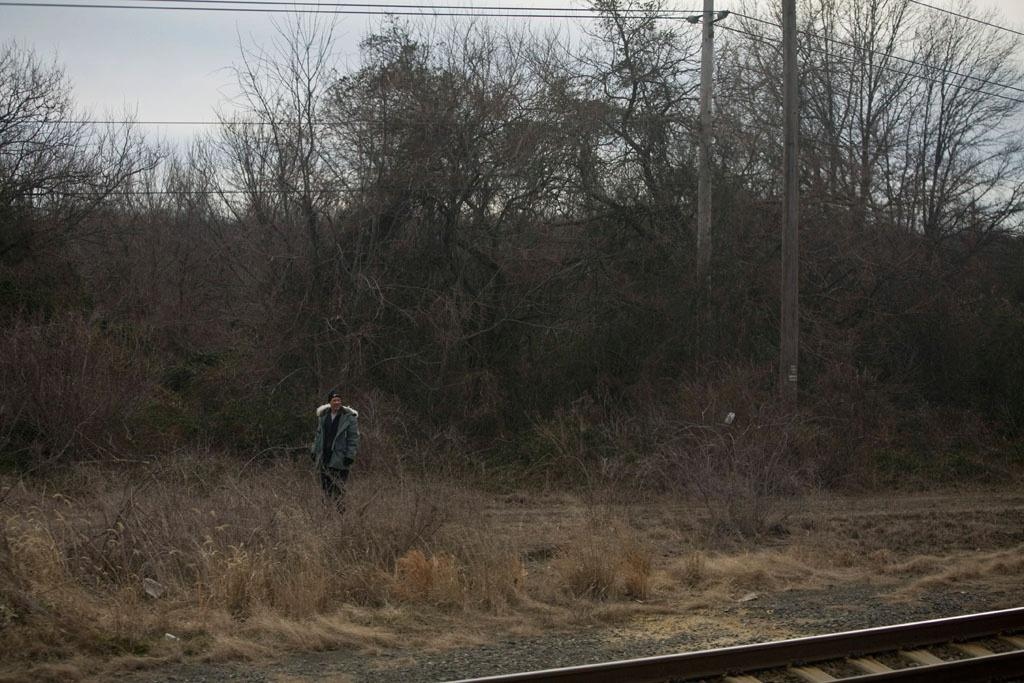 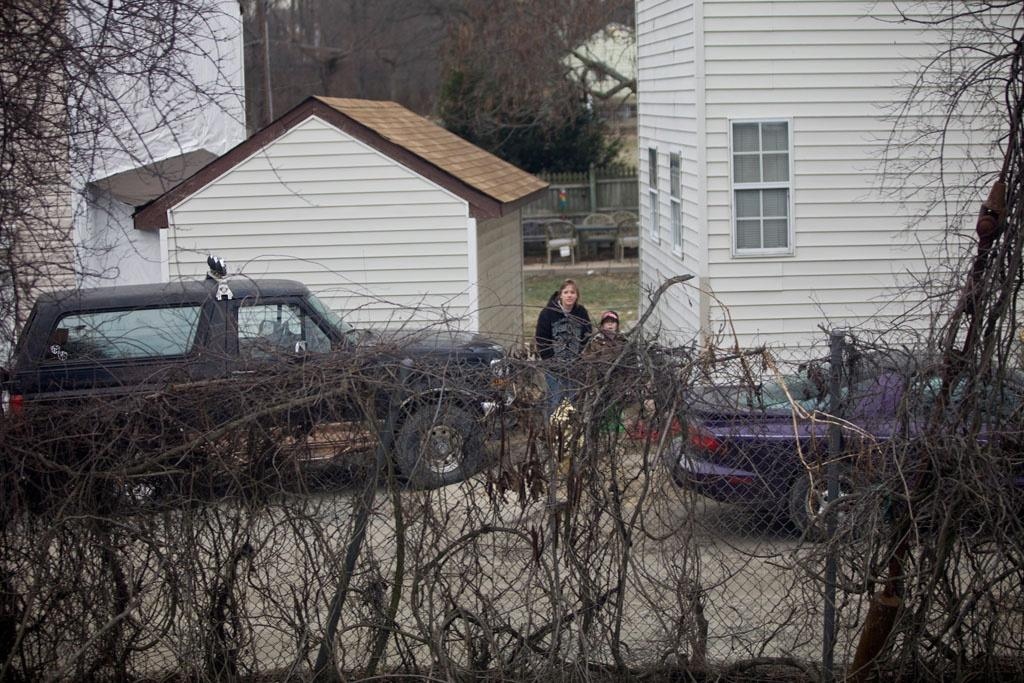 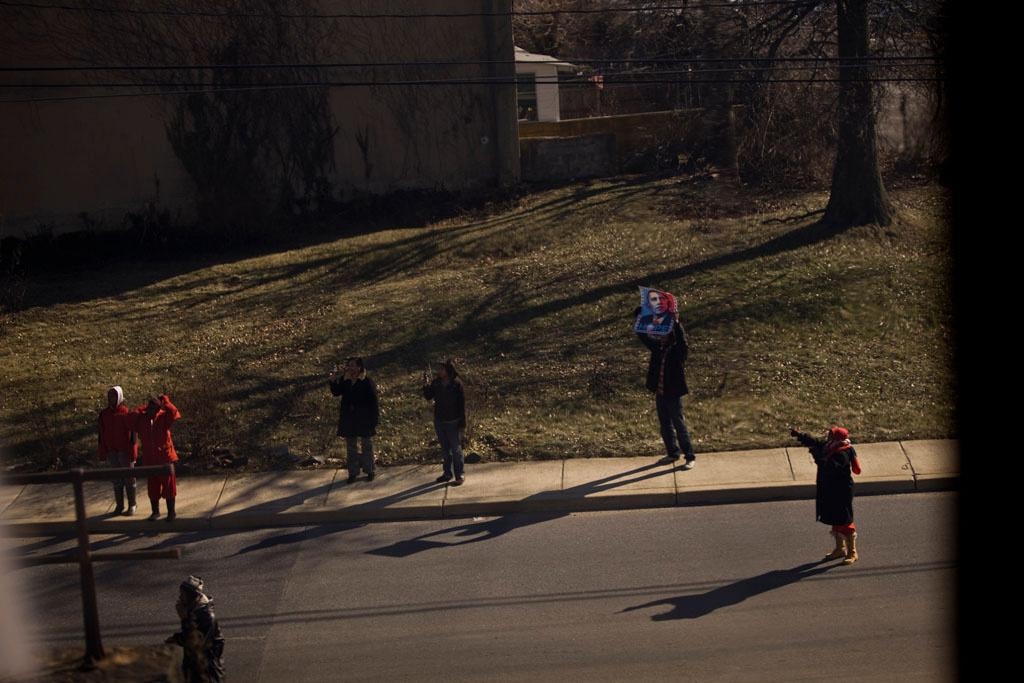 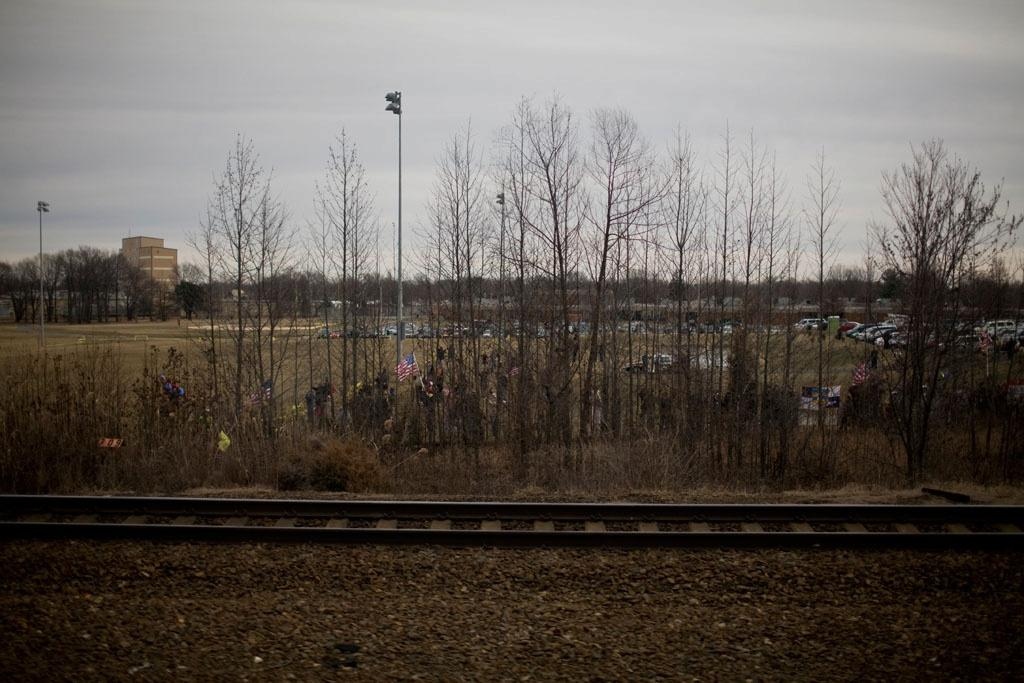 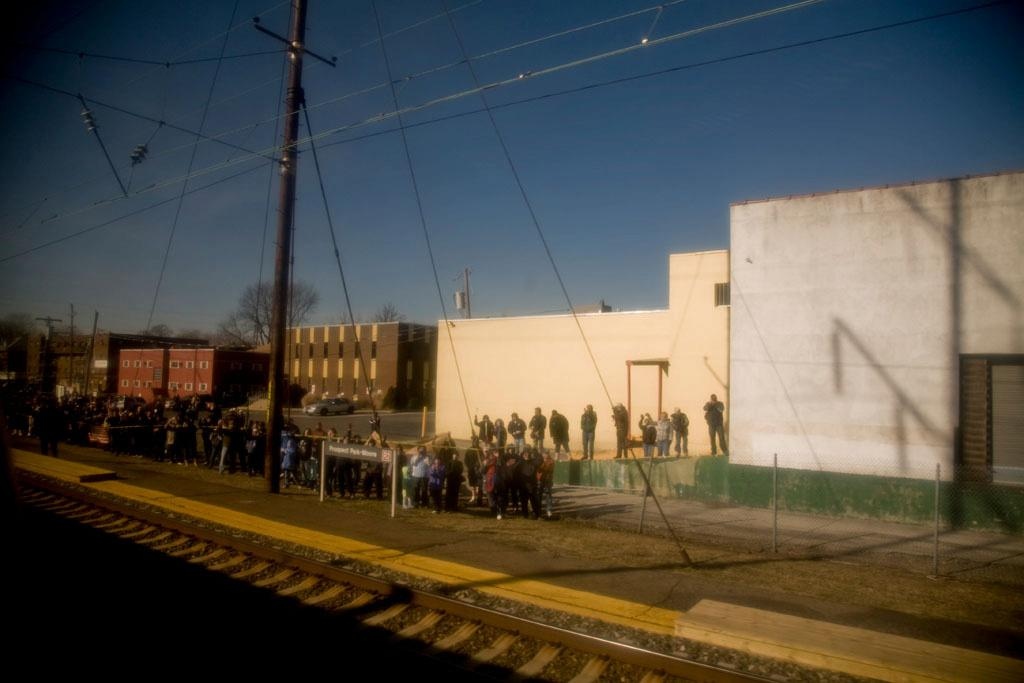 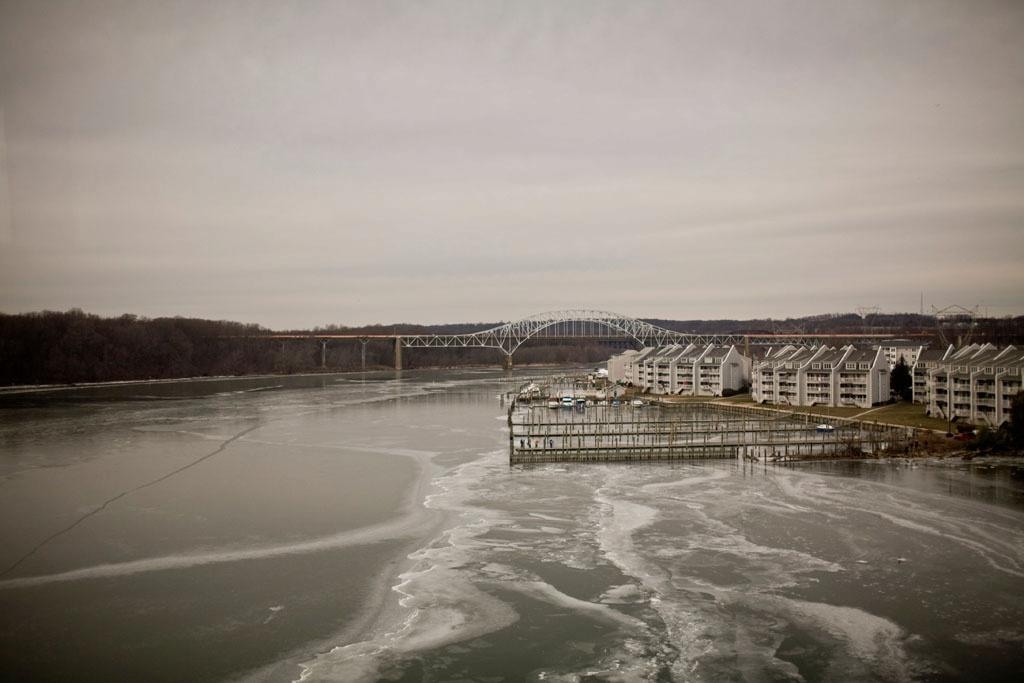 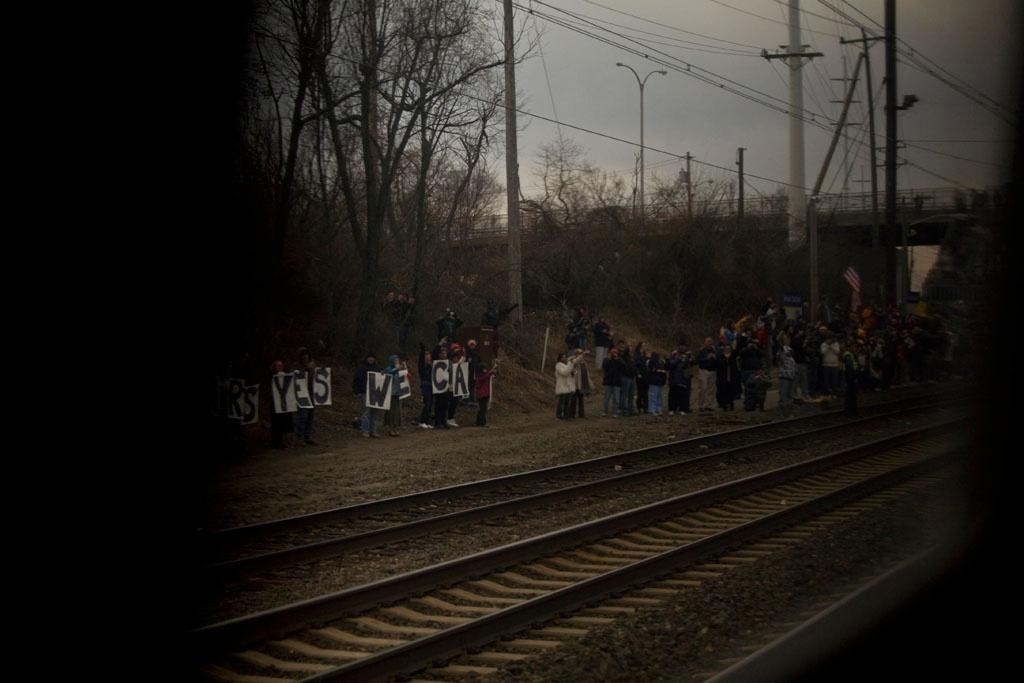